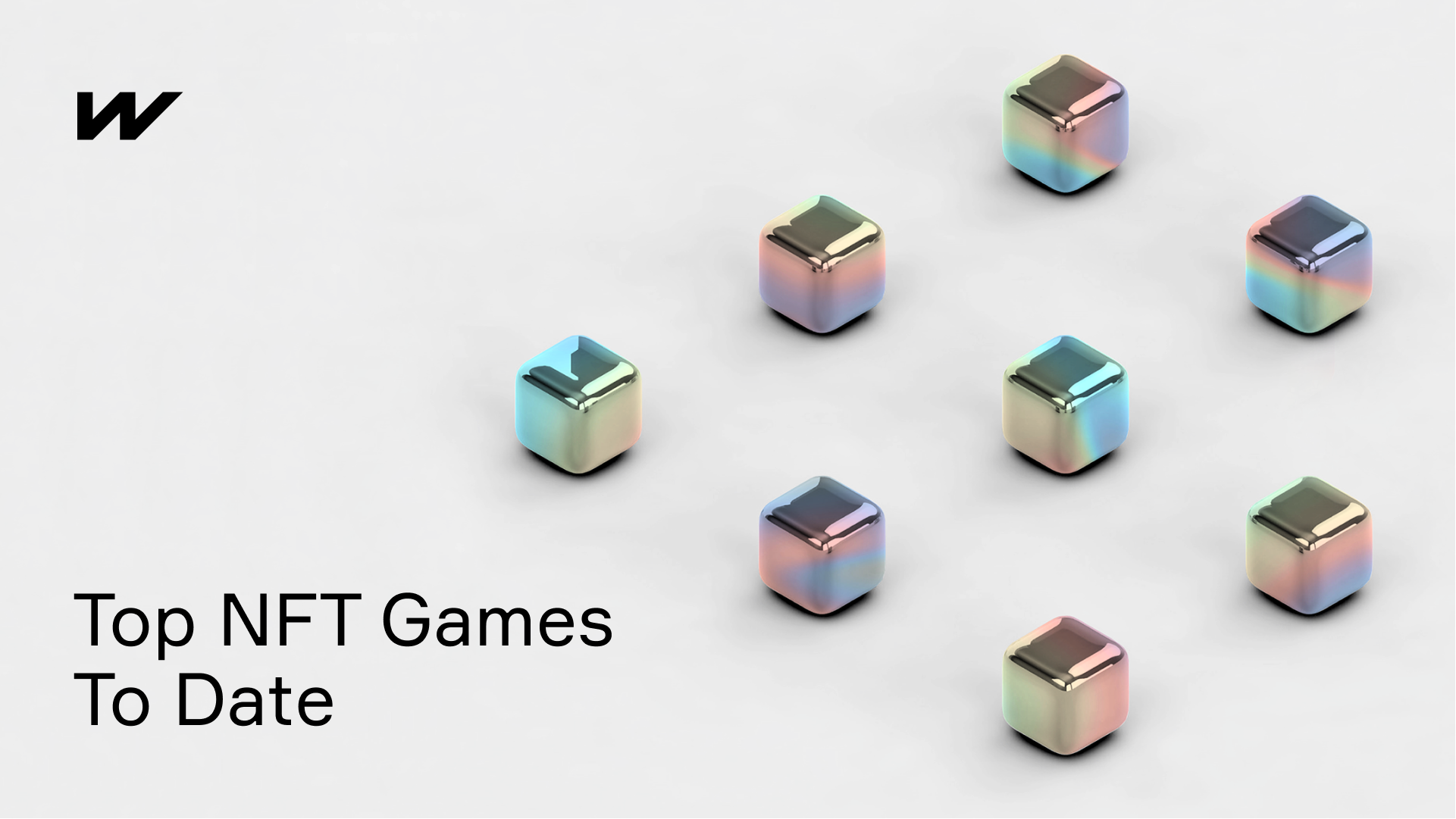 Gaming is now more popular than ever. Thanks to a full-on pandemic and the rise of blockchain, gamers around the world flocked to the digital world in search of entertainment and financial rewards.

Unlike traditional gaming, blockchain has introduced for the first time the possibility for players to make some real money while doing what they enjoy the most. That’s because blockchain-based games rely on non-fungible tokens to ensure that their players have true ownership of the assets they win and collect, like characters, special abilities, weapons or skins. These in-game assets can be traded for real-world money, which means that gaming is now seeing a booming economy. 2021 was a year of all-time highs and plenty of titles helped fuel the interest for crypto - and NFTs in particular. Here’s a closer look at the top NFT games to date that you might be interested in exploring in the near future. 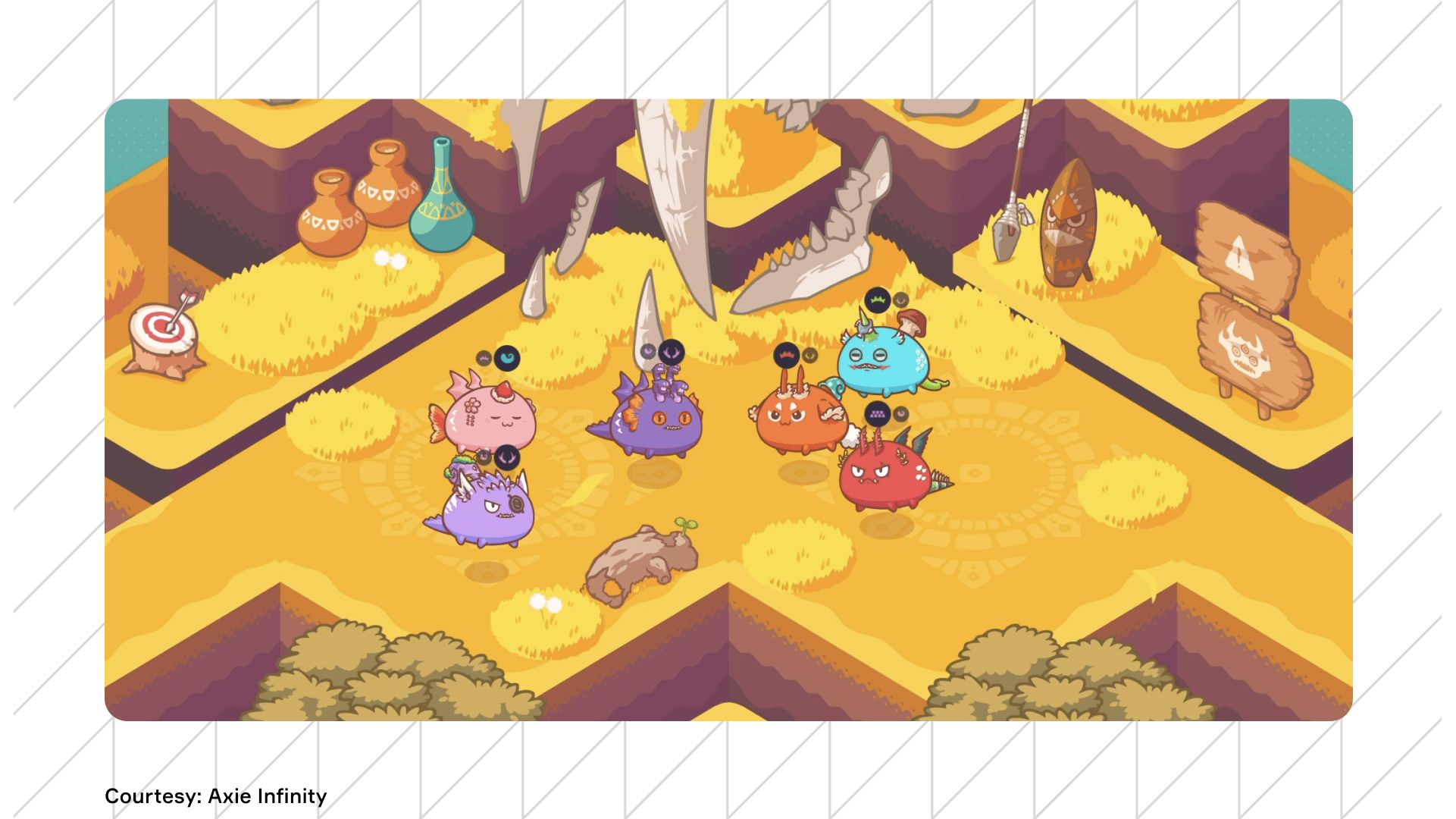 The undisputed ruler of all NFT games to play today is Axie Infinity, despite it being around the block for quite a few years now. Developed by Vietnamese startup, Sky Mavis, Axie alone has hit over $1 billion USD in sales and has nearly three million daily active users, making it a fan favorite for hordes of players across the world. This game takes after Pokémon, allowing players to collect and breed digital pets, called Axies, which they can use to enter competitions and battles. These creatures are NFTs that can be bought, sold or exchanged through a marketplace in return for Axie Infinity Shard (AXS) and Smooth Love Potion (SLP) tokens. As Axies can have different levels of rarity, they can become extremely valuable and the top creatures have sold for as much as $820,000. That is an incentive for players to breed new types of Axies and try their luck at landing a precious NFT. Players can also earn rewards for entering competitions or completing tasks. In-platform tokens can be used for governance, meaning that holding them can give a participant voting rights in Axie Infinity. Besides the addictive gameplay, it helps that AXS can easily be exchanged for ETH or fiat money, making a fantastic NFT game to try. 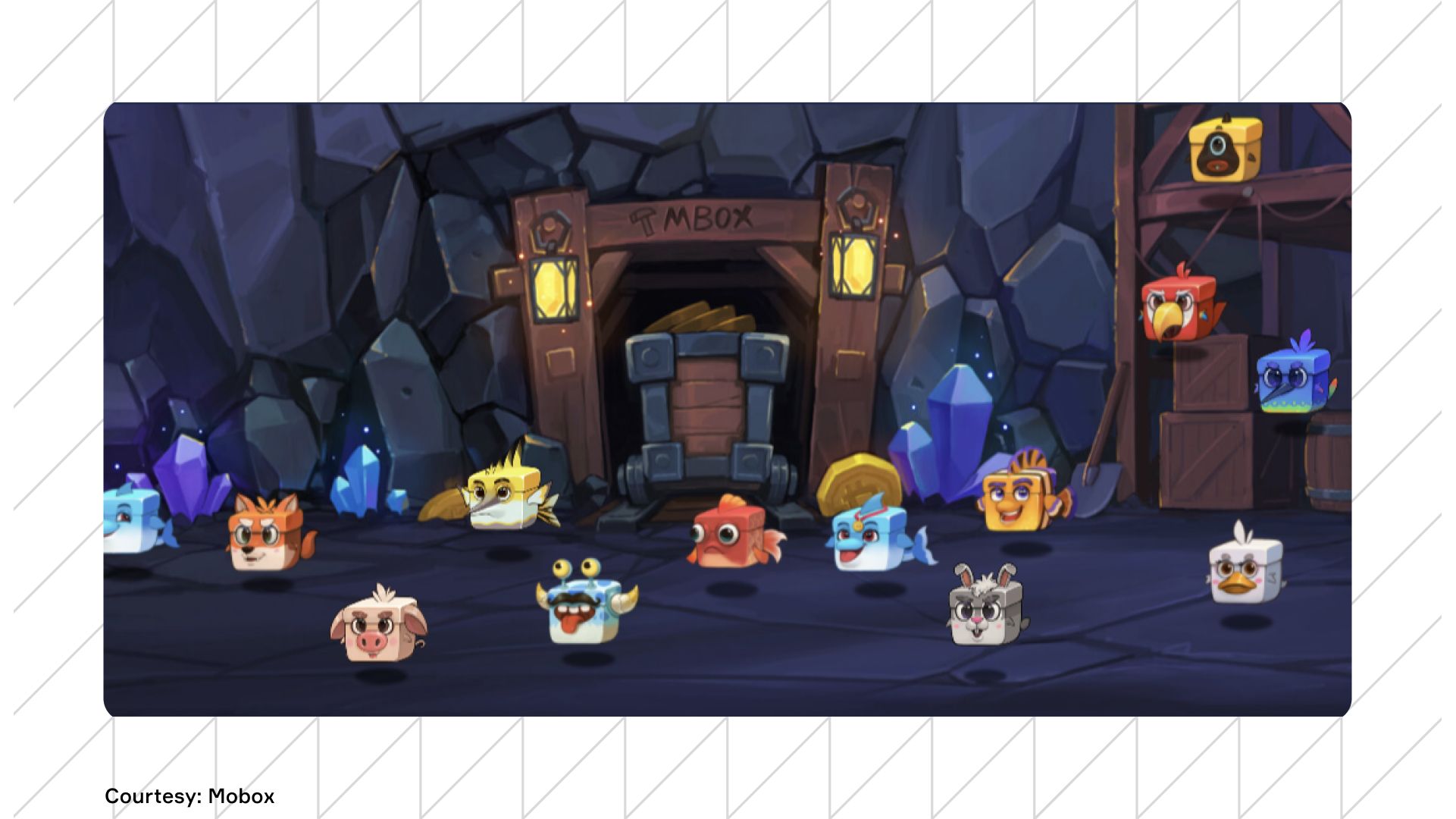 By its own account, Mobox is a gaming platform combining farming NFTs and DeFi yield farming. Unlike other NFT games, it actually features several different mini-games making and cross-platform metaverse - the MOMOverse. So, with Mobox players can try their hand at ChainZ Arena, Block Brawler and Token Master, and get MBOX tokens as a reward for winning these games, but they can also use the NFT Creator Mode to create new MOMO NFTs or even develop and launch their own games on the platform with the Game Creator feature. Similarly to Axie, Mobox also features its own little creatures called MOMOs, which players can breed and enter into battles. are based on multiple factors, such as the ranked ladder rating of the player, their Energy Capture Rate (ECR), and other in-game modifiers such as gold cards, win streak, and others. The more active a player is, the higher the chances to accumulate tokens - and reap real-life financial rewards. 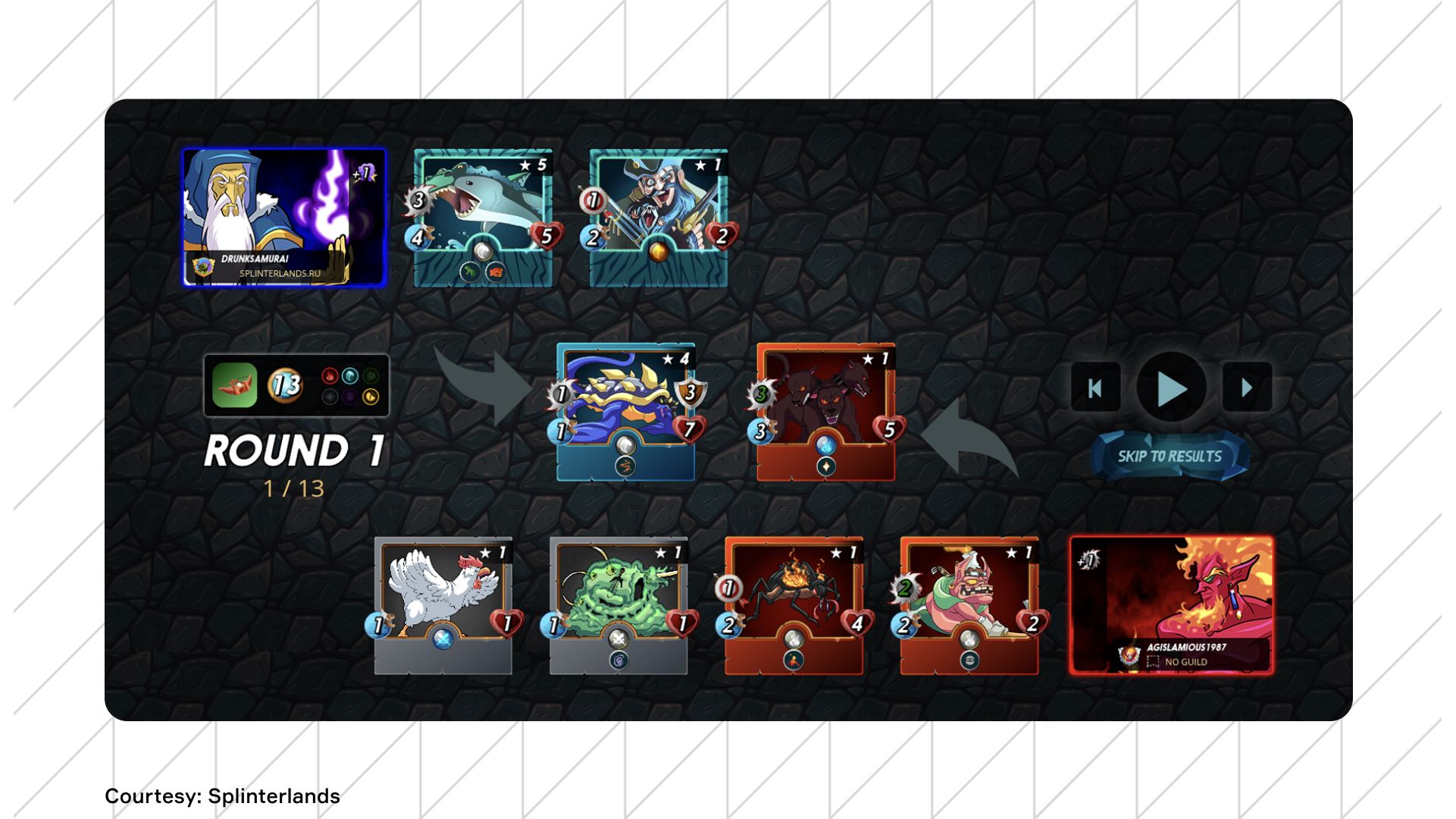 This collectible card game has become a cult classic for many in the NFT world given how much more competitive it can be compared to other NFT games. Players can earn by trading their NFTs cards and player versus player (PvP) card battles take only a few minutes, so participants really have to hone in their strategic skills. Dark Energy Crystals (DEC) tokens can be earned by winning battles and tournaments, or by completing quests. Rewards are based on many factors, such as the game ranking of the player, their Energy Capture Rate (ECR), and other in-game features like gold cards or win streak. In addition, Spinterlands has its own native governance token, SPS, which lets players vote on important protocol decisions. Cards can be easily bought, sold or traded through an open marketplace inside the game. For all these reasons, Splinterlands remains one of the best NFT projects to date. 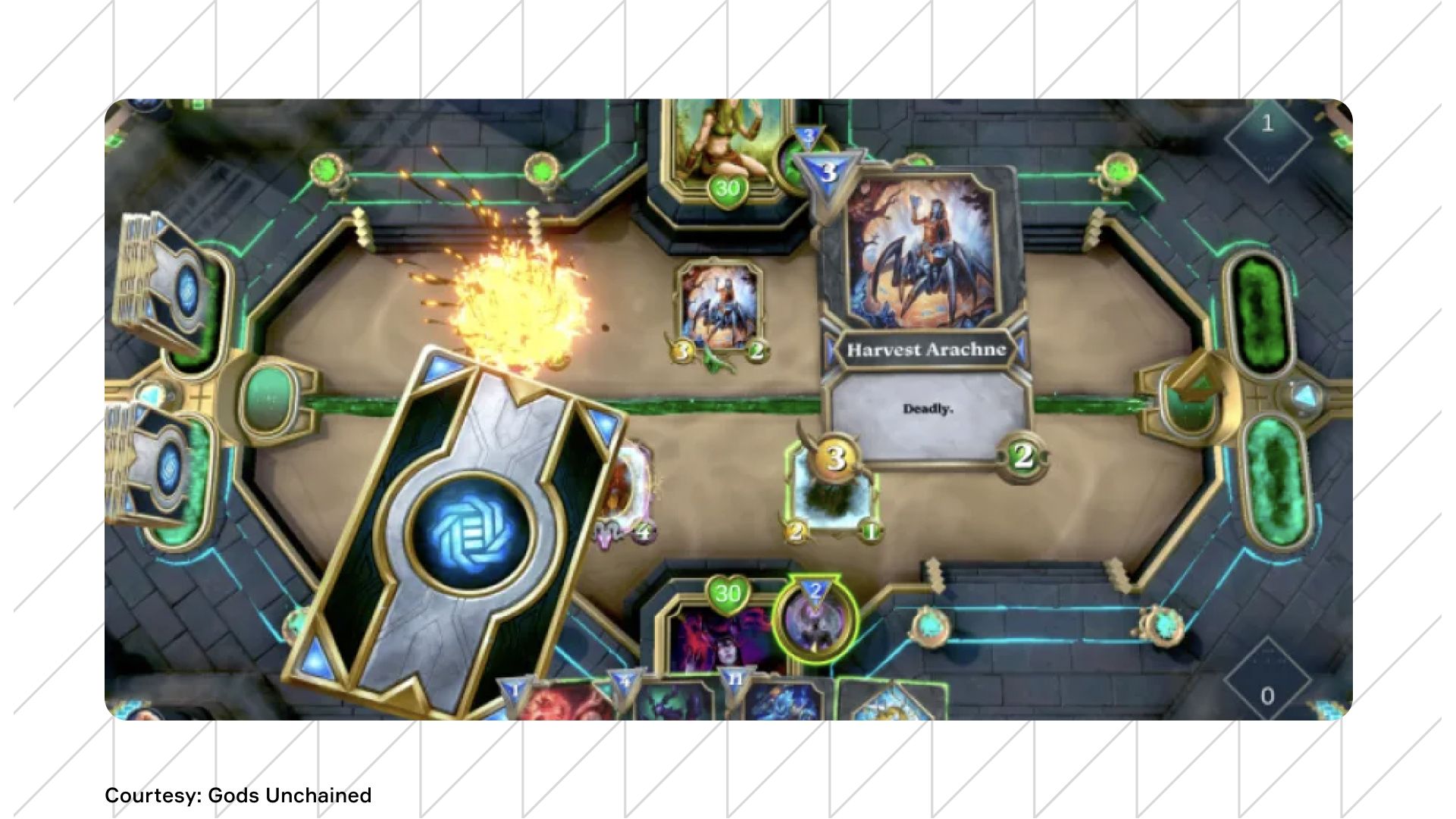 Another great NFT card game is Gods Unchained. This collectible card game takes inspiration for classics such as Hearthstone and Magic the Gathering and like the originals, decks of cards can be extremely rare and be traded for a pretty pretty. Players must try to collect as many cards as possible in order to improve their chances of defeating players in other battles. . When players win matches, they earn the in-game currency Flux. This game is also known for its stunning graphics, adding another layer of appeal to the already awesome digital items players can collect and sell along the way. 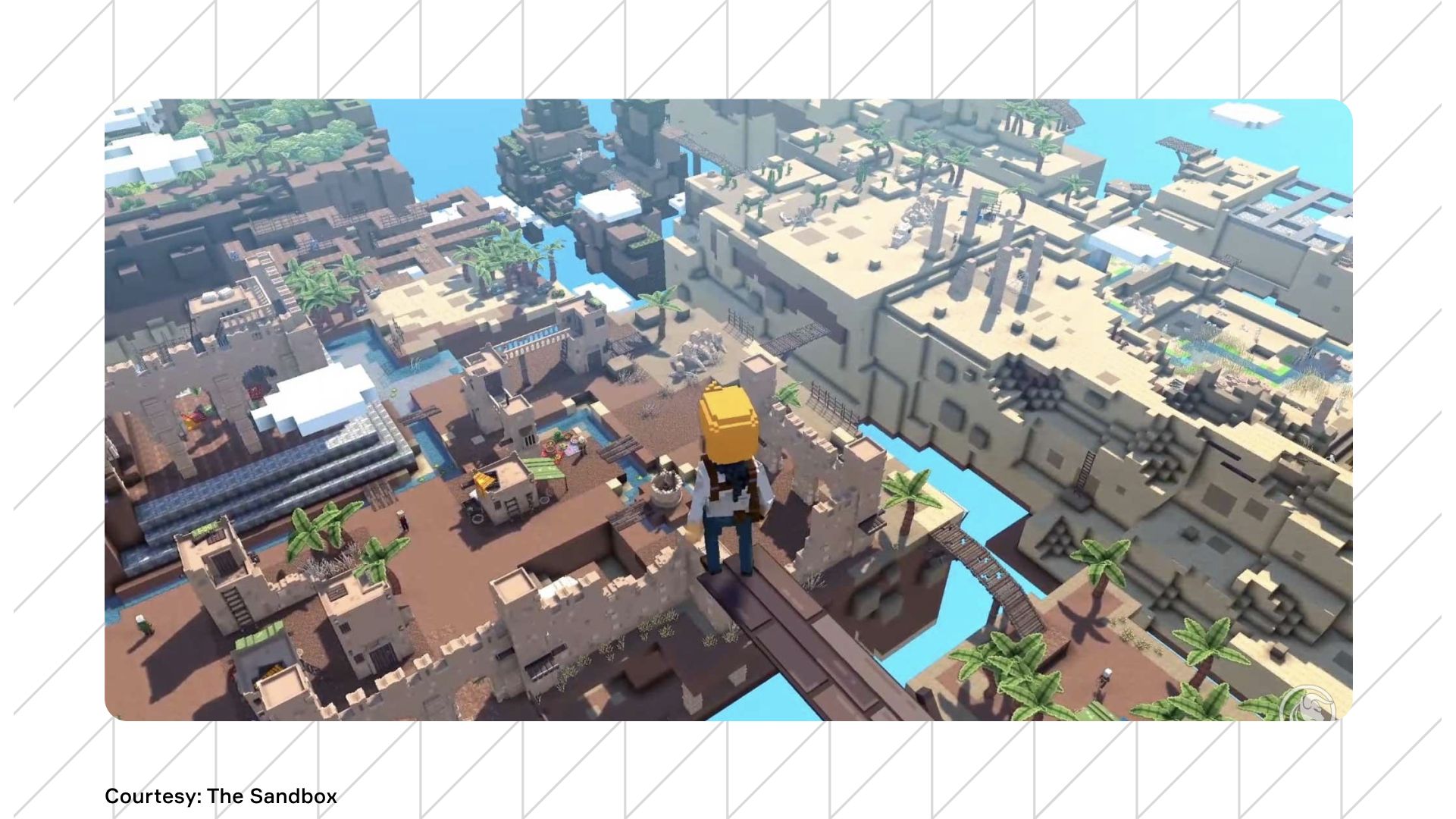 The explosion in interest for metaverse real estate has seen The Sandbox reach new heights. The most expensive plot of digital land in this NFT game was recently sold for $4.3 million USD and it continues to get plenty of attention as more real-life brands open their businesses in the virtual world. NFTs in the Sandbox can come in many forms, from land and assets to games and digital clothing. All transactions are settled using the platform's currency - SAND. One of the main attractions of this free to play game is how easily participants can buy digital land, develop their NFT creations and sell them in the marketplace. 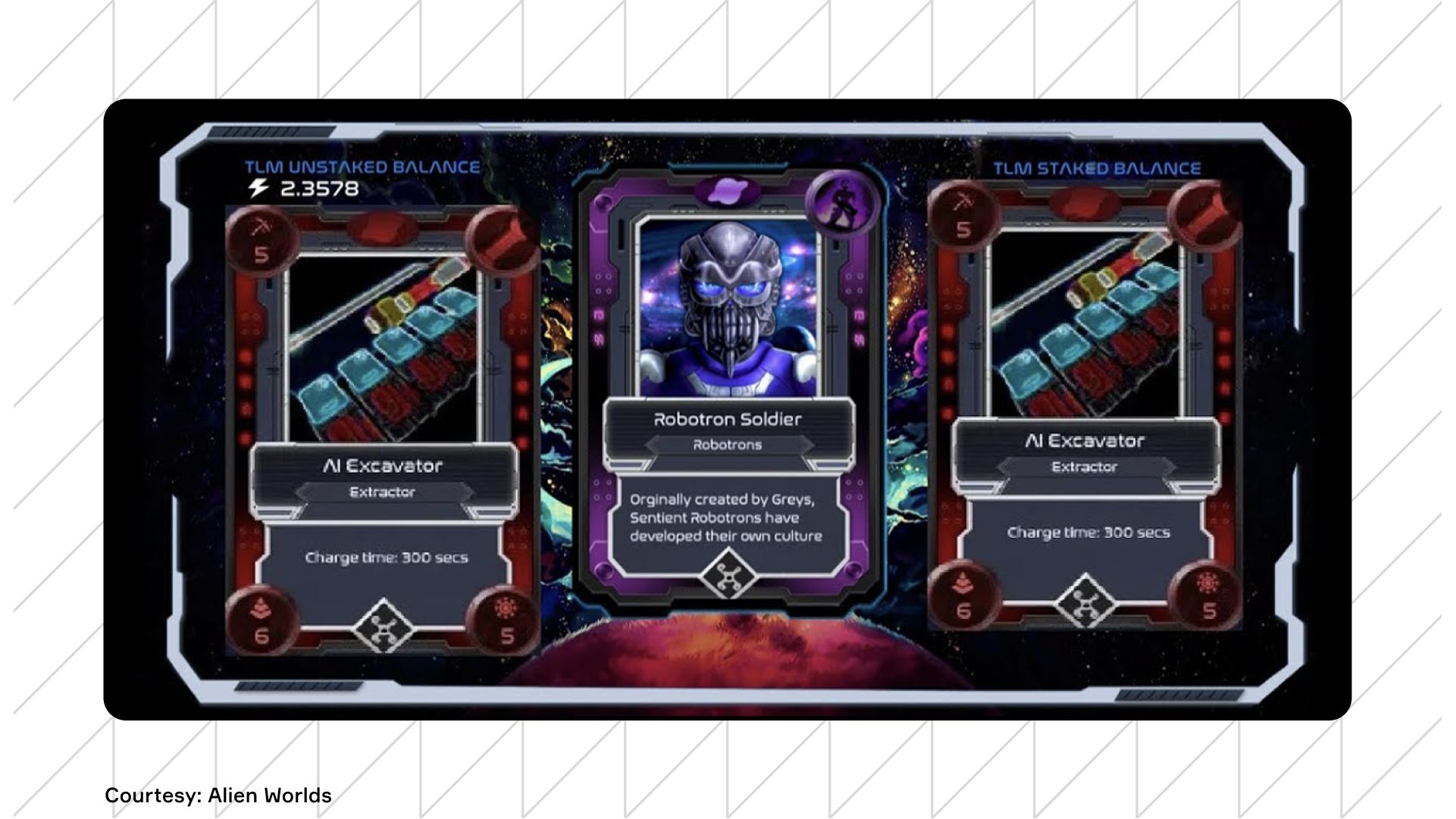 Alien world has become one of the top NFT games thanks to its addictive gameplay and opportunity for rewards, of course. In Alien Worlds, players can travel on Alien World Missions to the seven planets, compete using NFTs and earn Trilium (TLM), which can then be exchanged for fiat. Players can hedge their chances by mining tokens, battling other explorers, completing quests or renting their virtual land. 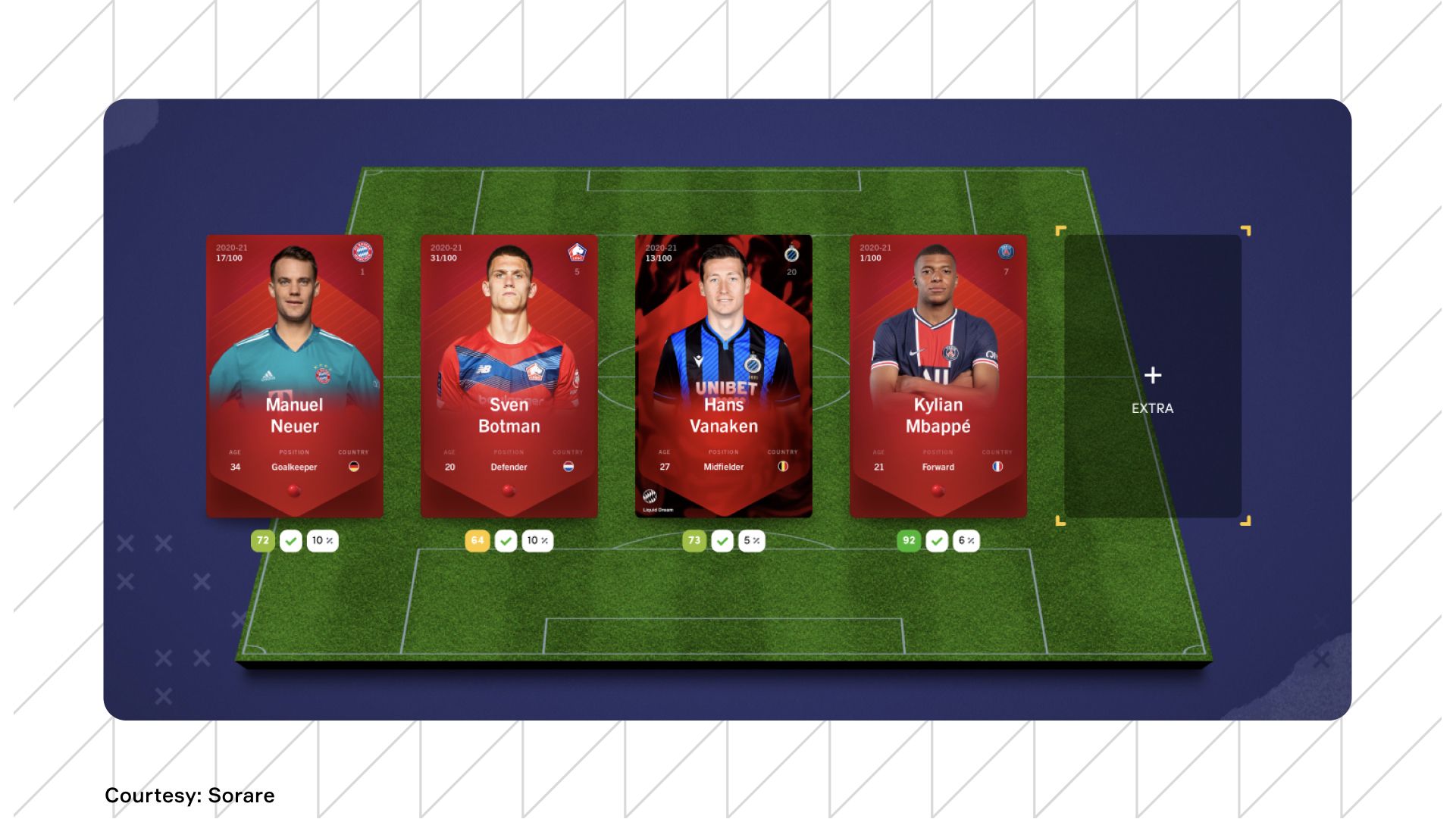 This NFT-based fantasy soccer game platform where users can buy officially licensed cards representing real-life players and then build teams which compete with each other. It’s important to note that the performance of the players in real life will influence the performance of the team you have. Sorare has a marketplace where players can buy, sell or trade their NFT cards, a bit like how soccer traditionally works in the real world. Fortunately, there’s also the possibility of earning valuable cards (players) in tournaments. 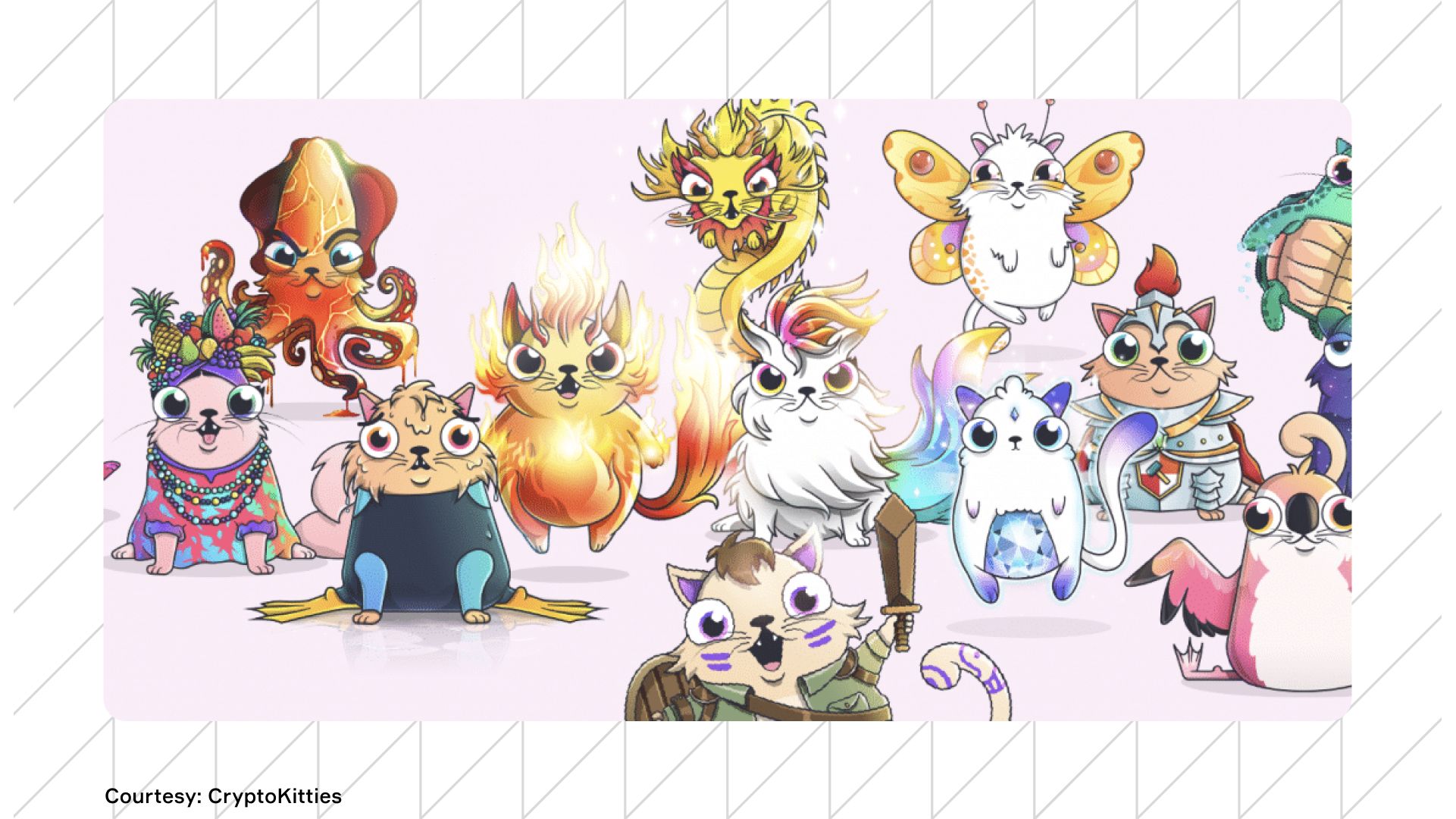 Way before the NFT boom of 2021, CryptoKitties was already making a name for itself as one of the best and most entertaining NFT games out there. Players can breed, collect, sell or exchange cute NFT kittens. Each kitten is unique and possesses its own genome which means that each cat can come with a different fur type, background color, whisker aesthetic, etc. In total, there are 4 billion combinations but there is only a very limited amount of the most desired characteristic or most original designs. The rarer your digital kitten, the higher the value it holds (the most expensive Cryptokitten was sold for $172,000). No matter what, CryptoKitties will always be remembered as one of the first games that helped fuel the current NFT craze. 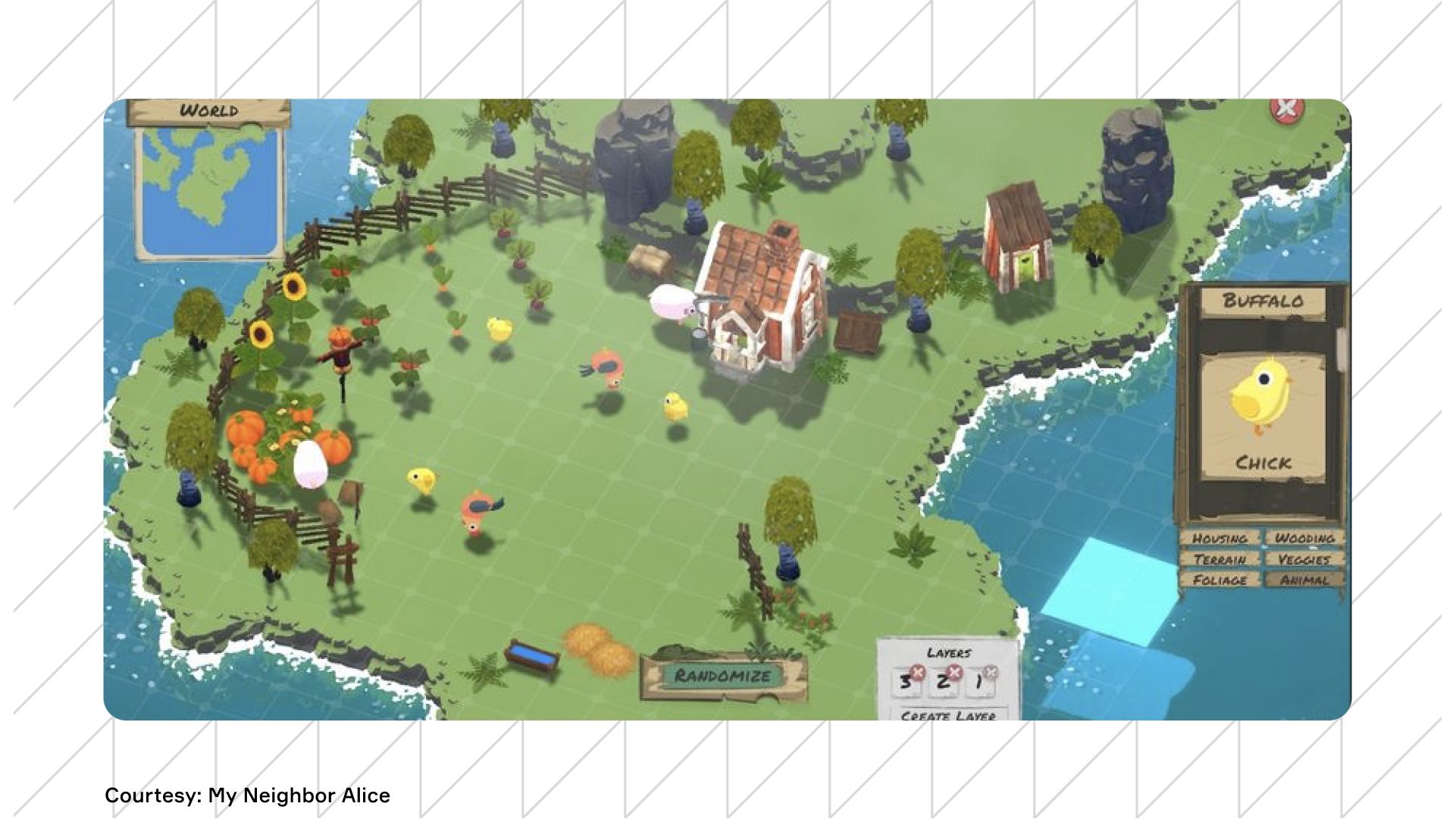 This NFT title is a multiplayer builder game where users can buy and own virtual islands, collect and build exciting items and meet new friends. Players can let their imagination run wild when creating new NFTs to decorate their land or sell to others like NFT houses, fashion items, avatars and much more. All NFTs can be exchanged in the marketplace and ALICE is the platform’s token. Players enjoy this particular NFT game for how fun and interactive it is, as they explore the islands on offer, each with a particular theme like Snowflake Island, Sandy Coast, Submerged Islands or Medieval Plains. 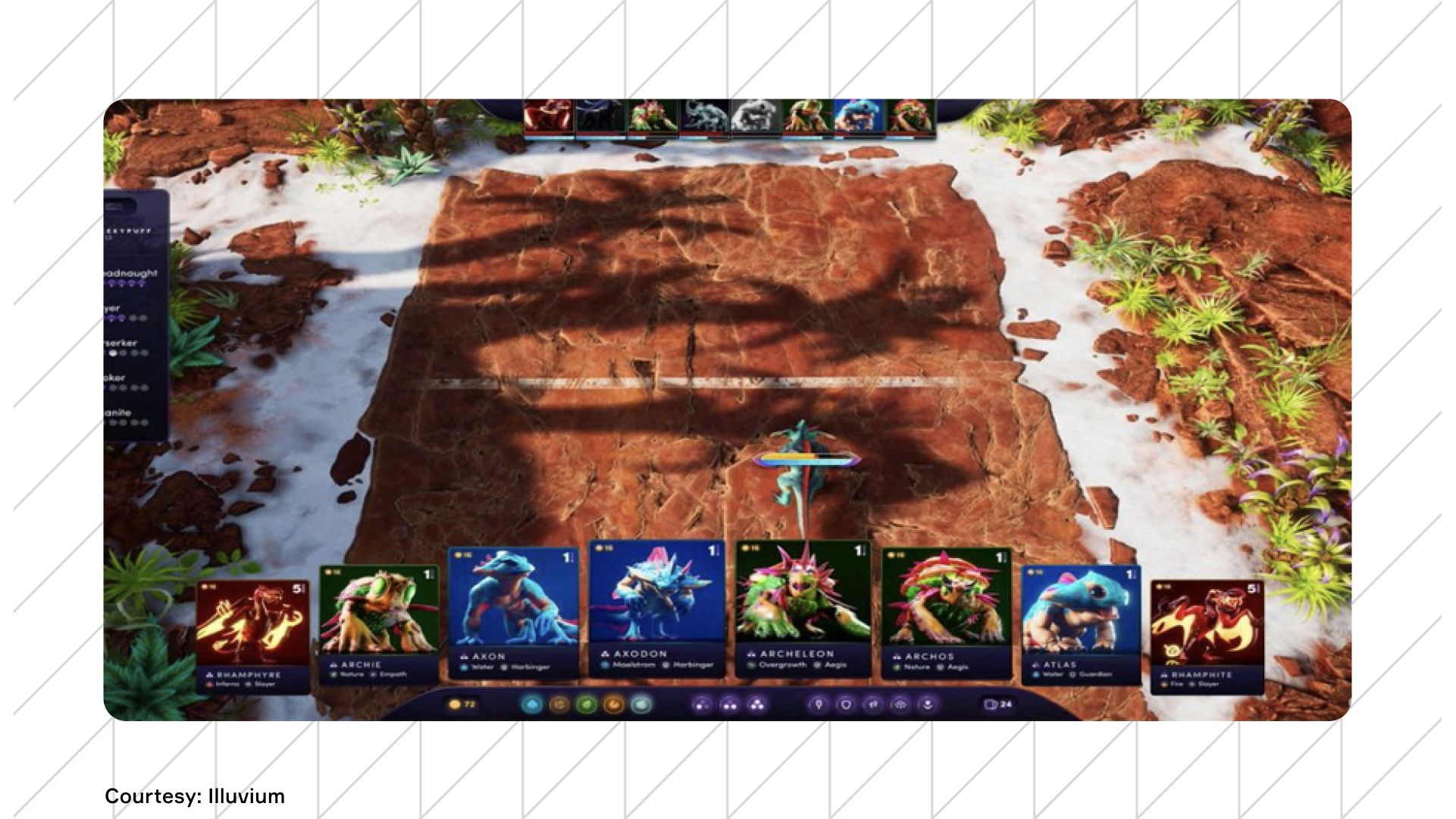 Illuvium is an upcoming fantasy NFT game where players are tasked with capturing virtual beasts known as Illuvials, that roam around a 3D open-world and that can be used to battle other players and their creatures. Each Illuvial has their own strengths and weaknesses, and they can come in four classes: Fighter, Rogue, Psion and Empath. Illuvials can be ‘fused’ to make increasingly more powerful creatures. Players can enter tournaments where they also equip their Illuvials with weapons and armors and earn prizes worth several ILV tokens. They also can simply choose to sell their beasts. All of it has caught the attention of gamers with the promise that Illuvium will take the gaming world by storm. 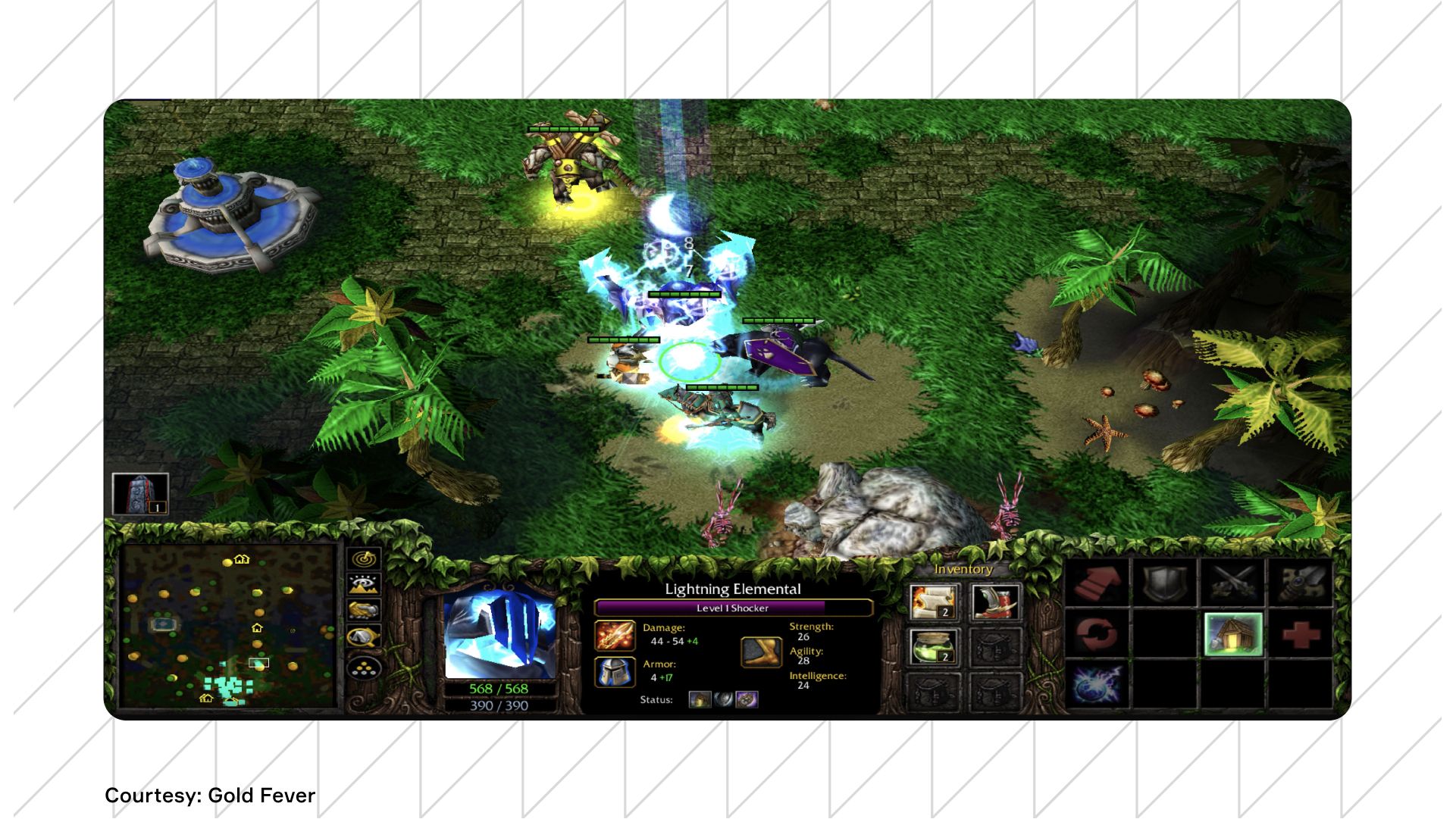 Gold Fever is a thrilling jungle-themed survival NFT game where players have to battle each other for, well, gold (associated with the token $NGL). To boost their chances, gamers collect a limited amount of NFT resources and items like weapons, clothes and supplies. Gold Fever is perfect for those into crypto games who are also craving adventure in a challenging terrain, and fortunately there are plenty of customization features that make it the perfect strategy game. 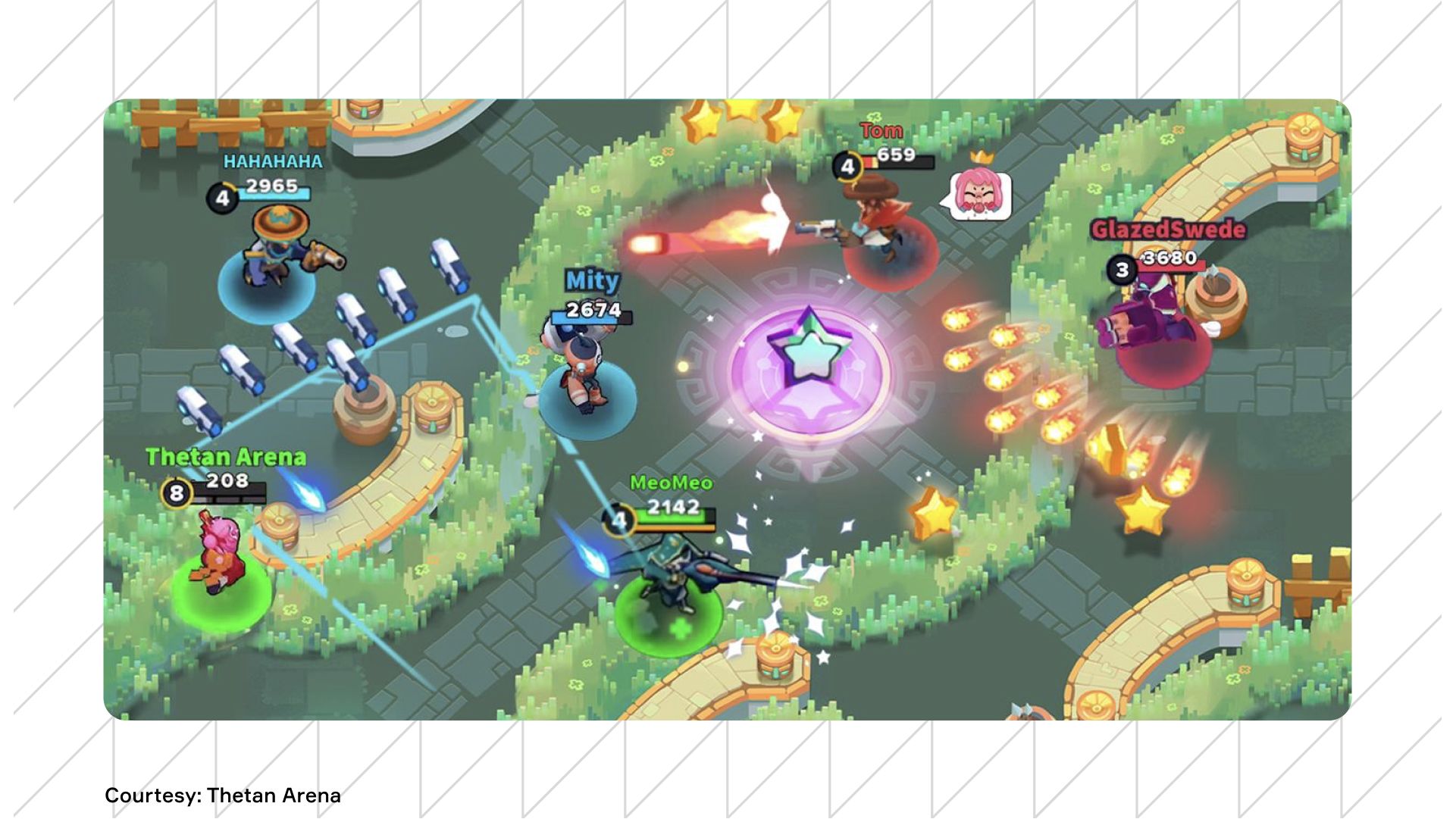 Thetan Arena is one of the favorite games out there for blockchain and Esports aficionados. Here, players face off against others in several game modes that include Battle Royale, Superstar, Deathmatch, and Tower Siege. Here players can earn points by winning tournaments, taking part in activities and events. Besides playing individually, Thetan Arena allows you to assemble your own team or join an existing team. This NFT game is played with ‘hero’ characters that can come in three categories: Assassin, Marksman, and Tank. Skill levels can be unlocked by winning battles or from buying them from the marketplace in return for the native token - THG. 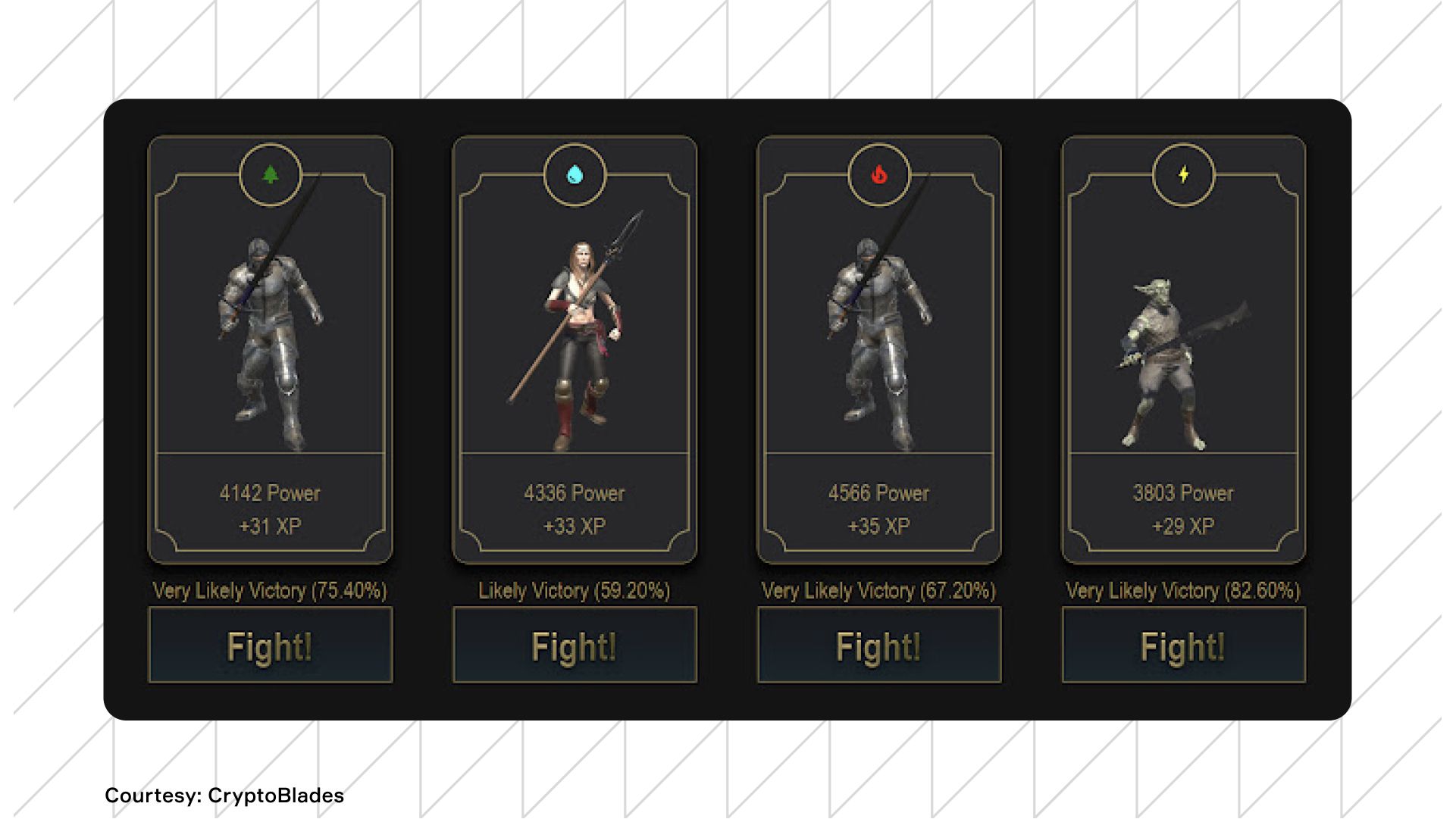 CryptoBlades is a play to earn game that allows players to earn in-platform tokens (SKILL) in return for fighting in battles with other players. The game itself is very straightforward and users won’t have trouble defeating enemies and progressing through different levels. They can also collect NFT assets like weapons and create characters, among other items that can be traded in the marketplace. 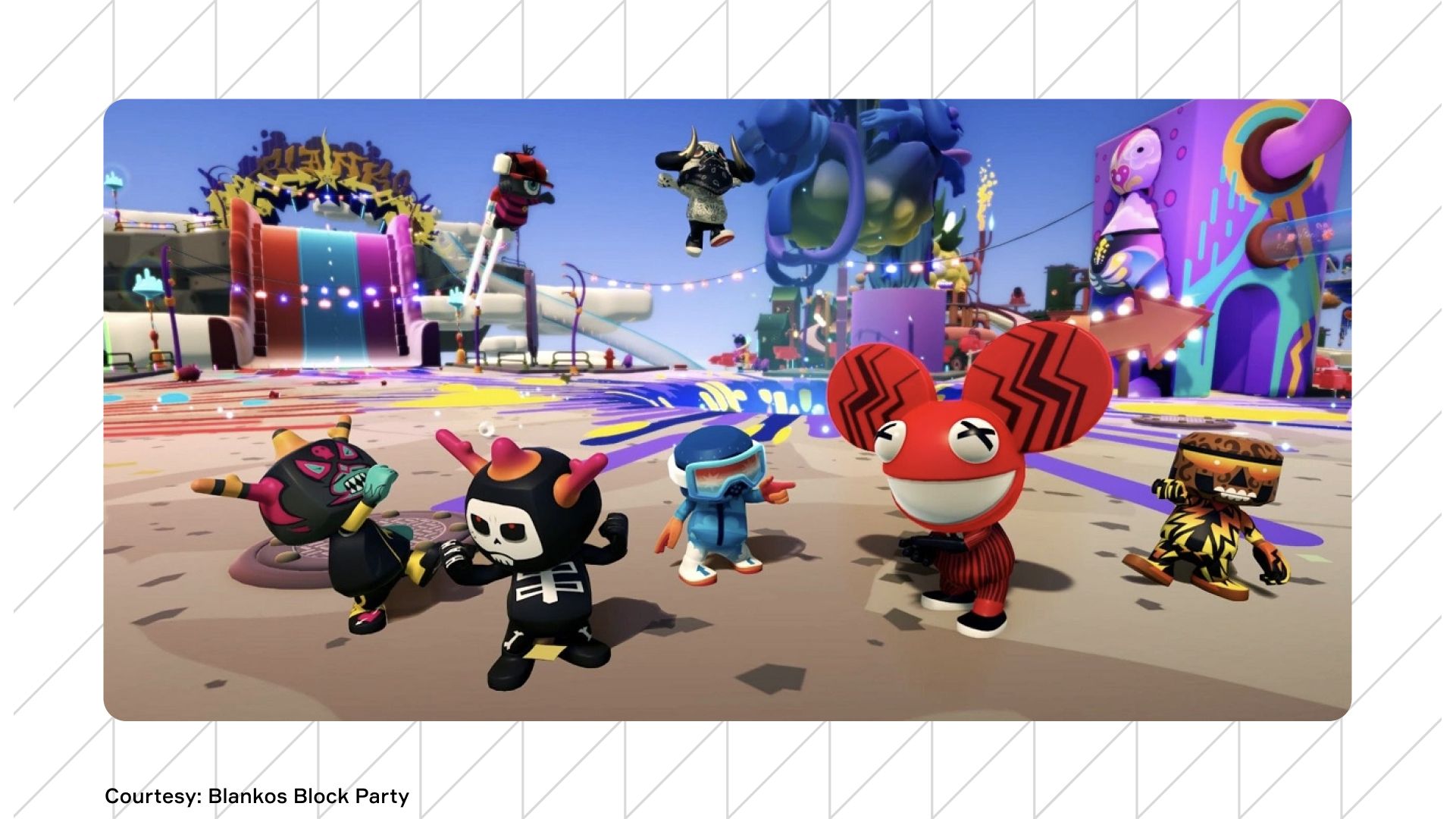 Blankos Block Party is an open-world multiplayer game populated by interactive digital vinyl toys called Blankos. Unlike other platforms, BBP has a heavy focus on player-designed NFTs and everyone competes through levels designed by the community as well as developer Mythical Games. As one of the most creative NFT games, Blankos also counts leading artists like Pete Fowler and Tara McPherson, and even fashion powerhouse Burberry among its partners, leading to rare digital collectibles that fans around the world have been quick to snap up. The gameplay centers around a social hub with a daily quest, and gamers can also interact with non playable characters (NPCs). 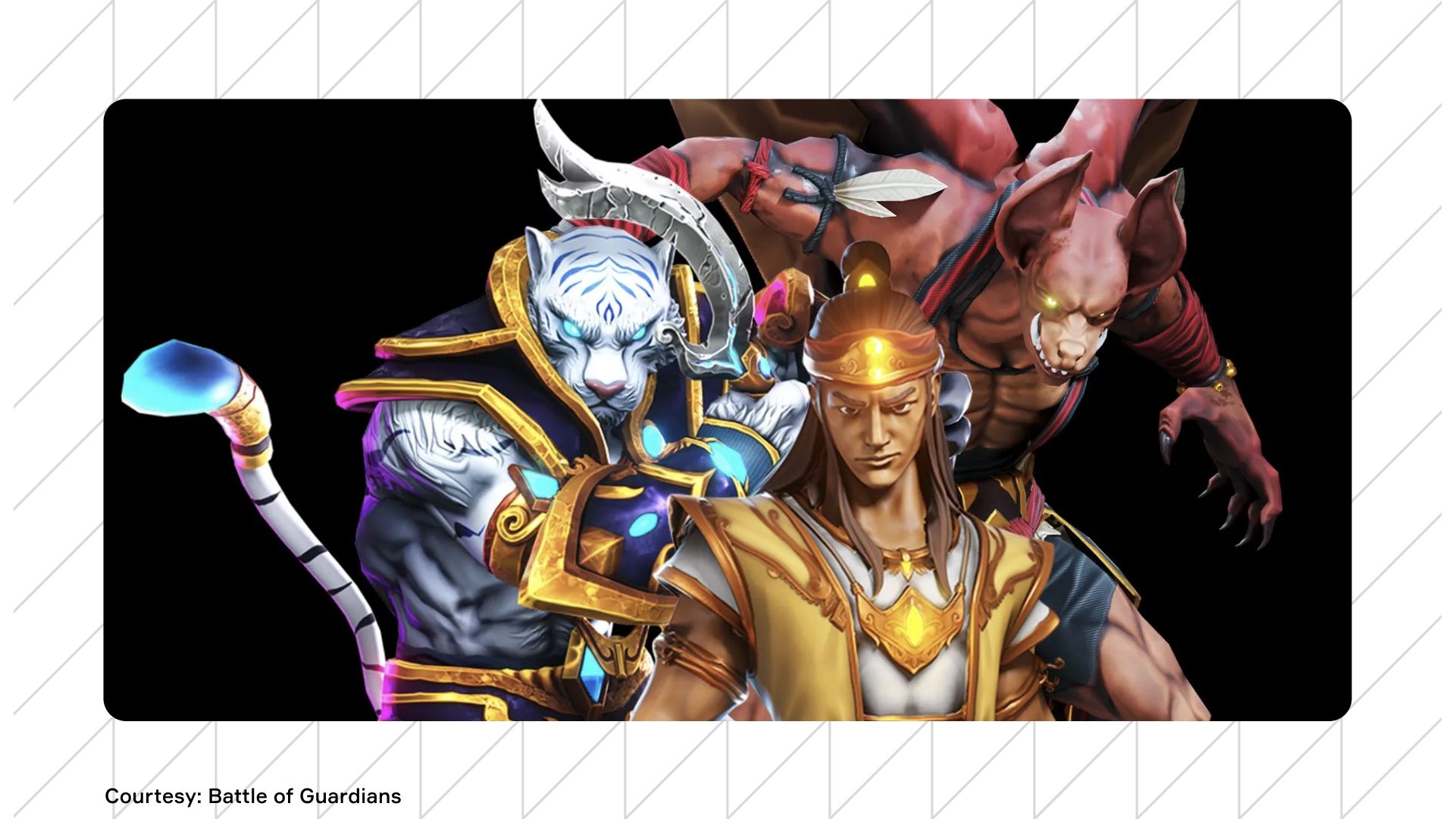 Another much-anticipated game that is set to become one of the top NFT games is Battle of Guardians which has been marketed as a mix between Mortal Kombat and Tekken. This multiplayer fighting title will see users entering fierce one-on-one combats where they have to defeat their opponent if they want to win coveted rewards. The official currencies of this game are Battle of Guardians Share ($BGS) and Fighting Points ($FP), which are used to purchase new avatars, add-ons, entering tournaments and much more. In addition, players can choose to rent their NFTs and fighters to others in the game.