Beyond The Partnership: Interview With Rowland French From Roborace 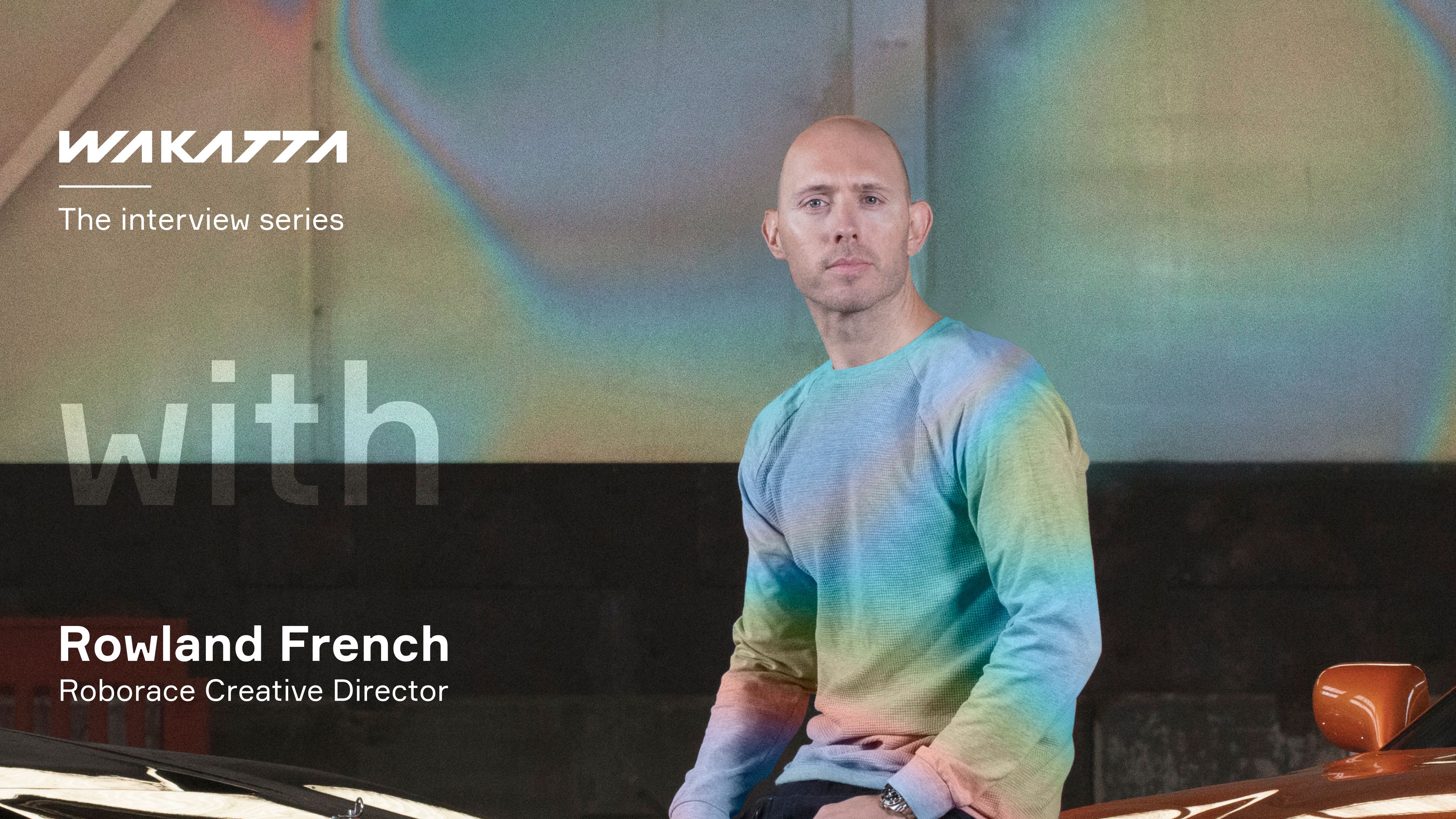 Following the announcement of our strategic partnership with Roborace, we are back to telling you in detail how we intend to make this work and why Wakatta is a perfect fit for this distinctive racing metaverse. On the sidelines of Wakatta's official launch at Token2049 in London, we met with Rowland French, Creative Director at Roborace. Here is the complete interview. Read on!

Wakatta: Can you tell us more about Roborace and what your mission is?

Rowland French: Roborace is the world's first, all-electric, fully autonomous racing series. And our mission is to create what we call motorsport. 2.0. So a truly gamified version of motorsport.

Wakatta: What have Roborace achieved in the last year and what projects are you currently working on?

RF: This last year, we have been focusing on Season Beta, which is our final development championship before we head into Season One.

For those who don't know how we work, we have a squad of electric race cars that are controllable by AI. There are six teams in the championship, who each develop their own racing AI code. We download that code into one of our Devbot 2.0s, and they fight it out. Roborace has developed a ground-breaking metaverse; augmented reality that appears real to the Ais, that allows us to supercharge the development of each team. 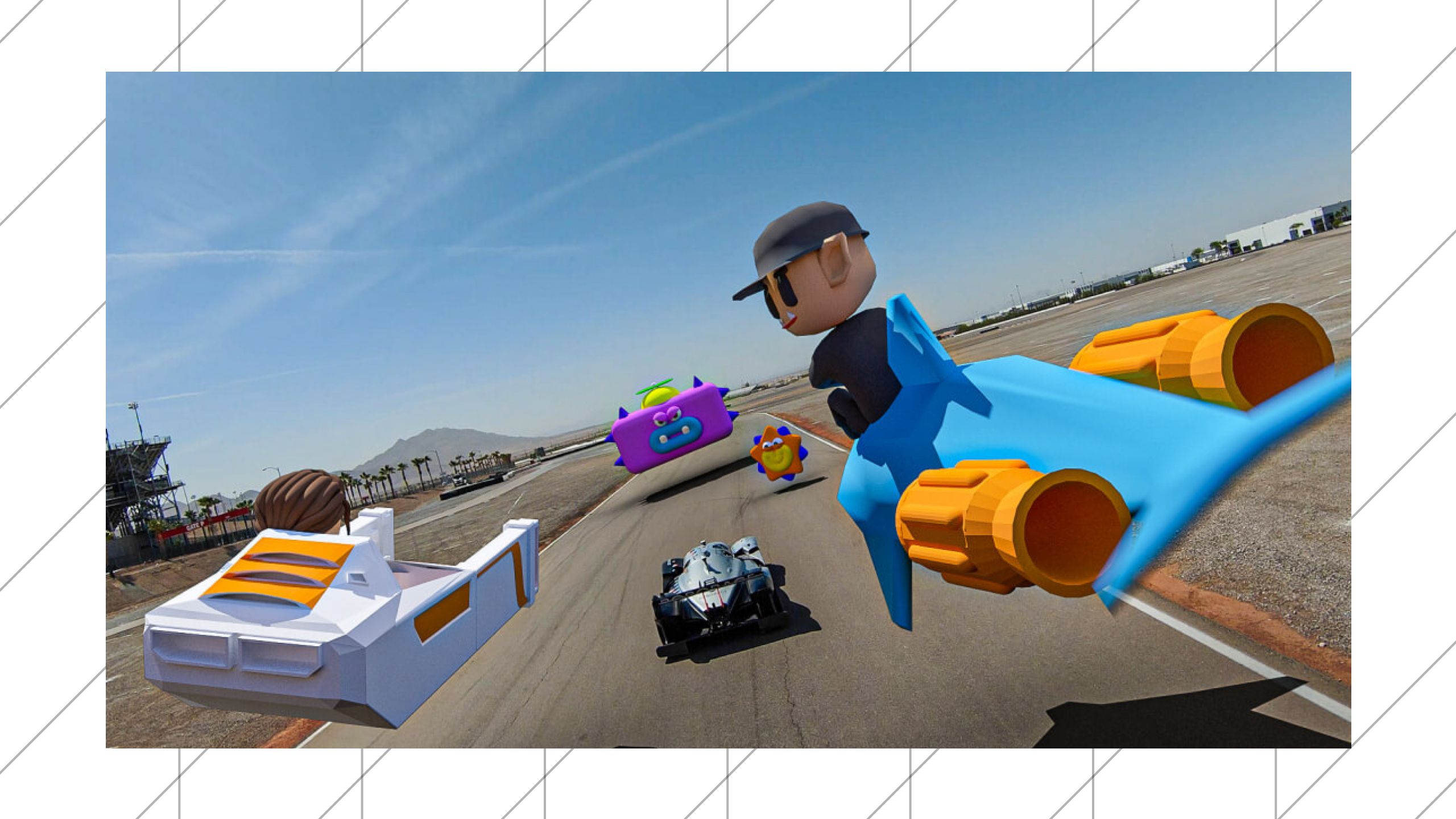 Our missions take place at the Las Vegas Motor Speedway. Each team receives the mission targets and rules in advance, but once their AI is in control of the vehicle, they have no more input. Smartest, fastest car wins!

Season Beta is an opportunity for the teams taking part to complete their initial development, get their AI as elite as possible before we start Season One. It’s scheduled to begin next year, so there’s not long left, so is everyone’s big focus at the moment. What does Mission One for Season One look like? How does the audience take part? How do we redefine entertainment in this space? For this next chapter, we are launching an all-new race called codenamed Metabot. This will be a cutting-edge autonomous race vehicle, and I know our teams are excited to start competing in them.

One of the other things that we're really working on at the moment as well is ideating the ten-year plan for autonomous motorsport. So we're adding our gamification but also thinking how can we make the racing even more extreme? And really the target for that is making a series that is SO extreme that a human driver would never want to participate. People ask what can AI do that humans can’t, and there are lots of answers for both sides, but one key distinguisher is that AI can be truly fearless. So if we create a course that’s so dangerous no human would consider it, then we’re getting closer to what I dream the science fiction future of motorsport is. This is a bit of a passion project at the moment.

We’re also working on greater automated production. We were talking the other week about the idea of having 100s of races happening at once, all around the world. It would be cool right? But one immediate problem when you look down the chain is the actual production resource you’d need to do it. So we’re working on creating automated production shows that are coded to understand how to follow the action themselves, so we don’t need to hire the equivalent of an Olympic opening ceremony production team to run a large number of Roborace shows at the same time.

Wakatta: What is your stance on metaverses?

RF: Metaverse has always been in the DNA of Roborace, so it’s key to everything that we do. We want to gamify our sport, for audiences to not just be observers, but to actively participate in each race. They should be able to change the narrative of a mission, and for that level of interaction, we need AR and VR. The cool thing about our AR is that the AI’s don’t distinguish it from reality. When we put a giant wall in the middle of a race track, the autonomous vehicles truly believe there is a wall there. This gives us an opportunity to accelerate software development and training.

I’ll give you an example, we have Ghost Cars that we use in our missions, out on track. Sometimes these are coded as competitors; launching off a grid at the start. But more recently we’ve had the ghost cars participate as ‘traffic’. Literally vehicles the racers come across during a challenge like you would on the road, that need to be navigated and properly overtaken. If a team’s AI drives through the ghost car, we penalize it. With every interaction, the AI is getting more accomplished at dealing with other vehicles at high speed. This is key, as Season One will feature what we call multi-agent racing; so multiple autonomous cars racing wheel to wheel at ultra-high speed. We know that once a team’s AI can aggressively navigate 20-30 ghost cars during a challenge with no contact - without smashing into them or even bumping off them - we could replace them with real cars and get the same result. So the metaverse makes everything possible!

Wakatta: How do you see blockchain tying into this vision?

RF: We've seen a lot of companies moving into NFT this year as a kind of marketing and PR exercise, which is fine and great, but I think at Roborace, we have more of a story to tell with NFT than just a moment of PR hype. We've recently been designing thematic missions that feature bespoke digital assets. Now, the problem is those assets sort of becoming obsolete at the end of each event, but they're too good to throw away. So what do we do with them?

I'll give you another example. We did one recent challenge where we had a group of music artists as guests. They created some one-off music for Roborace, playing it live during the event, and we recreated them as digital racing avatars. They each had a different vehicle and were out on the track racing the Devbot in Las Vegas. It was fab. A kind of lovely mesh of competition and music. But at the event of that mission, those incredible assets risk becoming obsolete. This is where NFT comes in, I think, as they can live on through it. It provides us an opportunity to create a sort of historical database of all of our digital assets, which we think is very cool. So the concept of NFTs has become important to use over the last 12 months, for sure.

Wakatta: What made Roborace want to partner with Wakatta and what objectives are you looking to achieve?

RF: 2021 has been the year of the NFT, it’s become huge, and as it rose up we were obviously watching it. We were interested in it. There seemed to be two main competitors; Open Sea and Foundation. But in the time it took to decide how we can best get our digital assets onto one of these platforms an unexpected thing happened. There was this sort of avalanche of content going online, almost a flood of, I don’t want to say digital garbage because there’s some spectacular stuff being created, but anyone could put anything up. So it became thick and heavy with content. This created a new problem; how do you stand out now? Especially for us, as we feel we have a story we want to tell with our NFTs, so don’t want to just empty them out online. 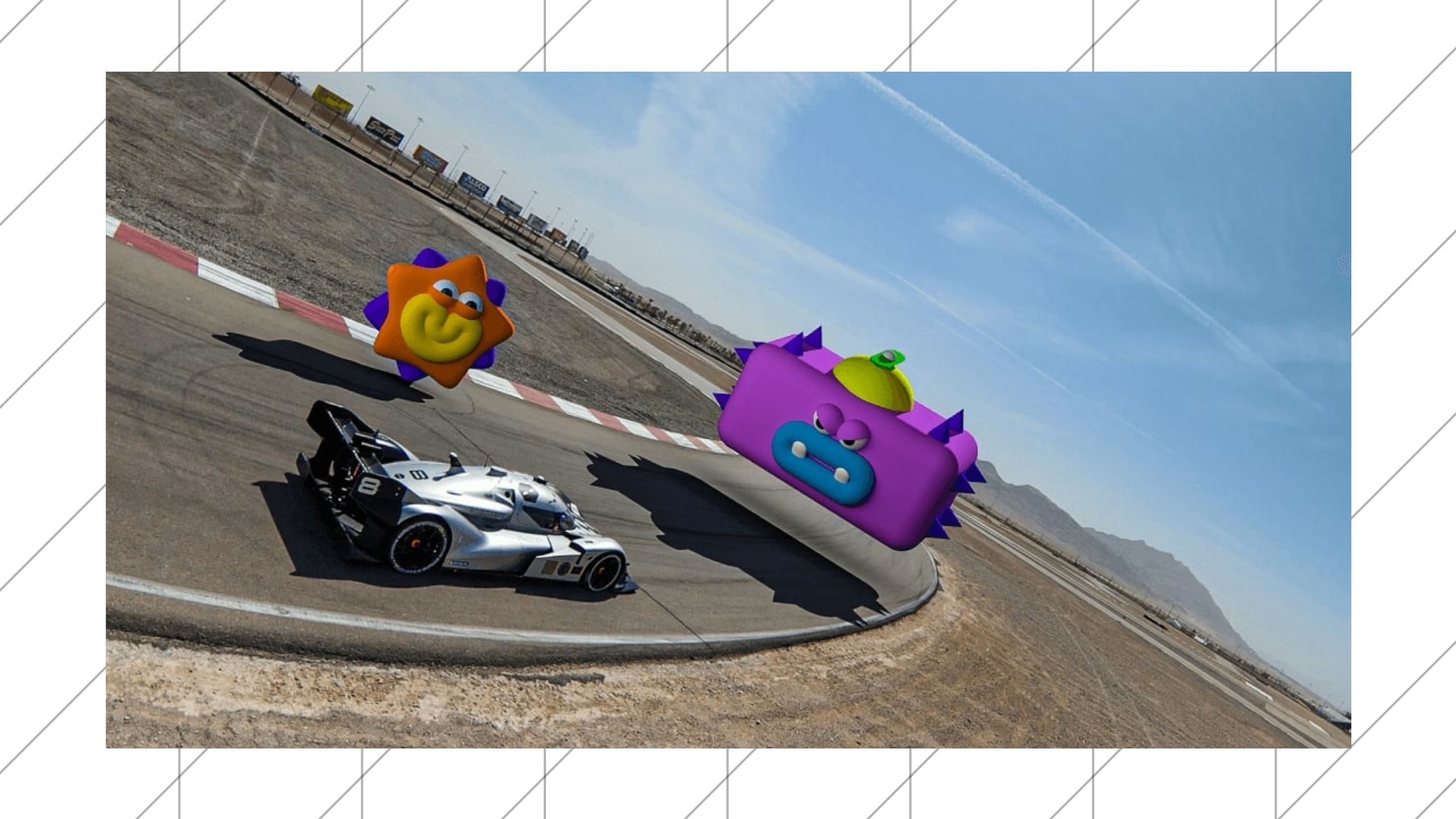 I think as a team, we just felt like when we saw that happening, it wasn't for us. We wanted to find an exclusive partner, to be sure our content was exclusive. So when Wakatta launched, it just felt like it ticked all of our boxes. They’re focused on entertainment, which is what we're also focused on. Their thinking around the lifecycle of NFT is also really interesting. Within a normal NFT platform, they have a simple life, right? You buy them and sell them and that's it. But speaking to Alex [Wakatta Co-founder & COO], his belief in the lifecycle; the fact that an NFT could develop, it could kind of grow branches off itself, was just so unique and interesting. That felt to us like the future of NFT. And that's one of the reasons why we think it's such a great partnership.

Wakatta: And how do you see this partnership moving forward?

RF: We think that our partnership with Wakatta can evolve in lots of different ways. I think that Wakatta - like Roborace - are pathfinders. They’re out, like we are, in the wilderness trying to find a new road, a new path, something the audience wouldn't necessarily immediately expect. So they feel like similar spirits. We imagine there'll be an opportunity for us to define post-event digital assets, specifically because that's our thematic mission. That's where our content will primarily come from. Not just putting them on the platform, but also defining the conventions of what those assets can be.

And when I think about Sensorium as an extension, which is so exciting, being able to take the heroes from Sensorium and incorporate them within our format, within our metaverse as well, whether it's away from the racing competition or actually on the track, I think the meld between Wakatta and Roborace could be quite significant.

Wakatta: Do you see the partnership then as a way of empowering entertainment?

Wakatta: What are the next steps for Roborace?